It All Depends Upon Your Appetite

Fred Schruers' new Billy Joel book had origins as ghostwritten memoirs, but was recrafted into a bio when the subject pulled out with cold feet. The result is something of a mess that resembles Joel's own career: There's some good stuff early on, then a whole lot of nothing, plenty of bombast and lots of applause. 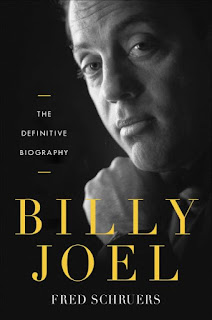 Much of the early stuff, unfortunately, is marred by comments from a distance of 40 years: Important moments in Joel's career don't happen, they're reflected upon. Although Schruers endeavors to plumb a range of sources in addition to his own conversations with Joel, as in an autobiography it's Joel's own quotes and time-mellowed perspective that carry the narrative. That voice can be witty and perceptive but isn't necessarily objective or in the moment, leaving a book that will confirm fans' best impressions and leave nonbelievers to wonder what more there could be.

To those of us who came of age on Long Island as THE STRANGER exploded, Billy Joel is something of a birthright. But there are things I didn't know. His family fled a successful business in Nuremberg with the rise of Nazism. Joel's father Howard, himself a gifted musician, was left conflicted and bitter following World War II and would return to Europe alone when his family was still young, leaving Billy to bring himself up, countering a geeky piano habit with boxing lessons. Supposedly telling his Mom he preferred to matriculate at Columbia Records over Columbia University, Joel dropped out of high school so as to pursue life with a procession of local bar bands including The Echoes, The Hassles and a ridiculous heavy-metal duo, Attila.

In one of many unusual and troubled relationships Joel would forge, he hooked up with and later married the then-wife of Jon Small, his housemate and drummer in the Hassles and Attila. In addition to becoming the muse of "Just the Way You Are" among many other songs Elizabeth Weber would take over managing Billy's career after a solo debut album, COLD SPRING HARBOR flopped.

With the support of influential Philly radio station WMMR (which also championed Springsteen) Billy (like Bruce), was signed to Columbia Records. He relocated to the singer-songwriter capital of California, worked in a piano bar, and honed a backlog of songs into the PIANO MAN album.

Joel's songs were frequently inspired by interpretations of actual events in his personal life, and Schruers' book spends an awful lot of time quoting lyrics as though to show it. Wife Elizabeth, who had big ambitions as Joel's manager, is the "waitress practicing politics" who succeeds Jon Troy, aka "John at the bar/ quick with a joke/light up your smoke" (Troy is also "Johnny" in the terrific "Say Goodbye to Hollywood"). This practice would continue throughout Joel's recording career, and tiring of revealing himself in such a way is about the only explanation offered -- or pursued --  for Joel's retirement from the pop game, now going strong at 20+ years.

Joel's career proceeded through a hasty, snotty PIANO MAN follow-up (STREETLIGHT SERENADE); rebounded behind the return to New York contemplated in TURNSTILES before hooking up with producer Phil Ramone for the careermaking STRANGER album of 1978. Stylistic and thematic experiments would continue as Joel moved from the jazz influence of 52nd STREET to the rock and new-wave GLASS HOUSES to the doo-wop, 50s pop and soul he explored in the Brinkley Era. 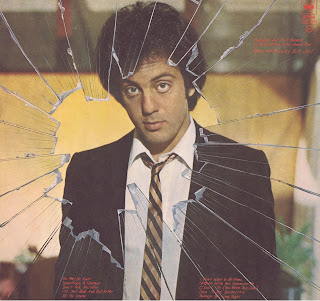 Joel straightforwardly confesses his stylistic promiscuity and doesn't apologize for crowd-pleasing but acknowledges being called "derivative" -- as a criticism, at least -- wounds him. Critic Robert Christgau might have described Joel more accurately as "knowing nothing but going for the pop jugular." I'm generally down with those who've forgiven him for being too popular, too Long Island and too uncool in the 80s and 90s but I still haven't gotten around to assessing STORM FRONT or RIVER OF DREAMS with any seriousness. Schruers offers a little insight into how Joel did all this -- unlike many contemporaries, he wrote melodies first, then the lyrics, and was careful in almost all his songs to include elements in a minor key with sad or doubtful lyrics to match, providing his songs with a depth of feeling that many others working the three-minute symphony circuit could not, even if it cost him cred as the rocker he sometimes thought he was.

Unfortunately, Schruers devotes nearly half his book to examining Joel's largely uninteresting post-pop career. There's a complex legal tangle between the record label, Joel, his business manager and their lawyers (Lesson: After splitting with wife, don't trust financial affairs to her slimy brother). Then there's the divorces, affairs and re-marriages, the car accidents, the rehab stints, the homes on the East End and North Shore, various falling-outs with Elton John, his boats, his custom motorcycles. (Note to all rock stars and biographers: I don't care about your friggin' boats). The last 100 pages are practically unbearable with Schruers going so far as to quote school-newspaper reviews and blog posts in an attempt to flesh out a portrait of Joel as a crusty mensch with a gift for pop songs, forgiveness for his enemies, and weaknesses for his daughter, attractive women, and alcohol. We get that. The whole "Last Play at Shea" thing figures prominently as well: As previously noted, I found Billy's claiming the Shea musical legacy for himself to be personally distasteful, but that appears to have been a strategy by a remorseless road manager.

For all the hard work that went into Schruers' book, there was little insight into Joel that wasn't more efficiently and entertainingly executed in the New York Times Magazine article I linked to here a few years back. Let's hope the next swing breaks some windows.
Posted by Jon Springer at 7:56 PM