Who do you think you are? Rod Stewart!? 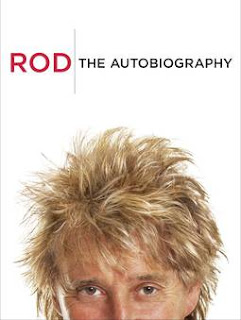 If there is a funnier or better-written rock-star autobiography out there I'd like to read it. Rod Stewart recounts his five-decade career with humor and forthrightness, never taking himself too seriously but coming off as genuine as you might expect a bazillionaire pop star whose access to supermodels and Lamborghinis far exceed what he'd otherwise deserve.

I've always loved Rod Stewart's voice, and chapters detailing how he paid his dues imitating his American soul idols like Sam Cooke alongside Long John Baldry in clubs where the Rolling Stones were also fighting to make a name for themselves are revealing. What comes through is an ambition is every bit as outstanding as his voice, culminating in an inspired period between the late 1960s and early 1970s where he fronted the Jeff Beck Group, then the Faces for their best moments, while at the same time recording some absolutely terrific solo albums that even today don't get the credit they are due.

Rod's weaknesses in songwriting -- it just never came easy for him -- and a propensity to give into fashion are addressed with humor and self-depreciating candor. He is not afraid to tell you about how he painstakingly dyes and fixes his hair and about indulging a geeky model-railroad hobby. Or the stomach-pumping episode. Or his love for soccer as a fan and participant. Or his well-deserved reputation for business savvy including a stint as a tax exile. Or the womanizing and drug use. Or, you know, the last 30 years of his career.

The model-chasing and love affair with his current wife takes up a little too much space near the end but boy is the rest a lot of  fun. I supplemented the read by streaming the Beck, Faces and early solo records with admiration, wonder and forgiveness. Rod Stewart is just great.